The Challenge to Top All Challenges

WOOOOOOOO! What a week. I've done challenges before, but my BFF gave me the challenge of all challenges this week. Back in May, she told me she and her DD had written a poem for one of the couples in her Supper Club who would be celebrating their 50th Wedding Anniversary in July. She asked me if I'd help create a card for it, and she wanted to come over and spend the day working on it. I told her just to name the day as long as it wasn't Tuesday or Friday as those are MM days.

She called last Thursday, and asked what she could bring to the Shrimp Boil. I asked her about the anniversary card and when was the party? Well seems it was last night, one week away from when we talked. With the Shrimp Boil on Saturday and company abounding, the earliest we could start on it was Monday of this week.  She arrived around 1:30 Monday afternoon and had broken the poem into 11 sections that she wanted a page per section along with the cover, so now we're talking a book instead of a card. She had brought pictures that she thought she could use, but there weren't enough and when I started showing her digital images, the whole game plan changed. Now it's all images and no photographs. We spent until early evening picking out images and looking for papers. She went home, and I kept working on getting papers ready to print along with finalizing image selection.

Tuesday after my walk, I hit the ground running. At this point in time I have to interject that DH had to take care of MM and entertain him all day long as I was in TM madly coloring and creating. He did an admirable job. They buried treasure and drew a map, so they could find the treasure. Then they went on to build a wooden treasure chest. MM informed me(as DH would cutting boards with the table saw) that he could have built it himself, and that Grandpa wasn't doing the top right(seems he wanted a rounded top for the chest and that wasn't happening). DH let MM hammer and help screw on the handles. Now they've got to paint the box and add the hinges to the top and the clasp, and that's a this afternoon project. MM informed at the end of the day that I owed Grandpa. I informed MM that my BFF owed Grandpa. She informed MM that she fixed me up with Grandpa, so no one owes anyone.

So back to the saga of the card turned book. At this point it's not looking good for me to participate in any of my usual challenges with a regular card. That said, Phindy's Place, Sassy Cheryl's, Tiddly Inks and Mo's Digital Pencils had images that were perfect to go along with the poem.

The Phindy's Place Challenge Blog this week challenged us to use things that started with our initials. Well my initials are SS so there were scissors, digi stamps and Spellbinders used throughout the book. Thanks girls for making it a two week challenge so I get an entry in.

Sassy Cheryl's Challenge Blog was to create a summer creation. I have this one more than covered and  one of them is even a Sassy Cheryl Image called Farmer Sally, and I guess you can have a jester anytime of the year.

BFF picked the card/book up yesterday at 1 o'clock just 5 hours before the party(totally delighted and excited about the finished project) and left me with another project she needed today. While I've been working on the card, she's been canning figs, preparing for the party,  visiting one of our elder members of our church whose in the hospital to help serve communion to the lady and fixing foods for a luncheon that she's doing for another elderly member of our church's birthday. The last project was happies to give to the 9 attendees.

So along with the Phindy's Place Challenge and the Sassy Cheryl's Challenge, I'm also covering the Show Me Thursday Challenge on Sassy Cheryl's blog. I did not post a picture of TM when I finished the book(words and pictures could not possibly do the mess justice). I have now got it cleaned up though, and I don't want another "project" for at least a week.LOL

So here are the pics of the Anniversary Project. Forgive the bad photos, as I was  in a rush and the lighting is terrible.

Well, I hope you made it through this saga and enjoyed the visit. I don't plan on duplicating this anytime soon. Thanks for stopping by. 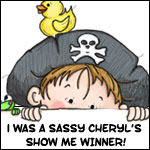 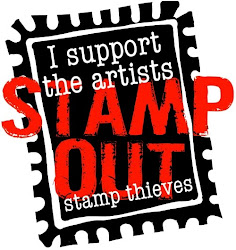 Shirley
I live in Columbus, Mississippi and as my grandson would tell you, "I am a person. I have my life and a ticket." Along with being a person, I also am a child of God, a wife, a mother, a grandmother, an aunt and a friend. I have way to many interests if that's possible, but I figure they'll keep my mind working. I started this blog as a way to support Operation Write Home.